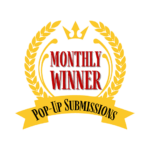 Click "Play" for narration together with live reaction from viewers

The video may fail to play in some browsers, particularly Firefox with certain extensions enabled. In which case either (a) please use Chrome, or (b) refresh the page then click “Watch on YouTube” to open the video in a new page.

Second Lieutenant Alex Ryan is excited to join his battalion in the front-line trenches of Northern France. But excitement turns to horror when he accidentally kills his commanding officer.

His mentor, the famous war hero, Captain Eden, convinces Alex that he’ll be shot unless they cover up his terrible mistake.

But Eden has secrets too, and when a boy-soldier sees something that could destroy Eden’s reputation, the cost of keeping secrets becomes more than Alex could imagine…

About The Author:
As a photographer, I’ve been working on the outside of other people’s books for over twenty years, and thought it time I had a go at the inside of one.

I have a passion for research and history and a familial connection with the first world war, so knew this would be the place to start.

I’m currently travelling around the northern hemisphere in a campervan, with a girl, a baby and a three legged dog.

Your comments on this submission are more than welcome and will be passed on to the author.

If you would like to receive a full manuscript submission, please clearly indicate. Since Pop-Up Submissions allows authors to submit incomplete manuscripts, not every submission will be immediately available in full manuscript form.