Animals are becoming aware that they’re being exploited by humans for entertainment and financial gain. Into this rise in consciousness steps Bren, a badger whose family were trapped and shot by government agents. She’s angry. She seeks revenge. She’s had a calling; to assemble a squad of animals. To organise.

A badger, beagle, fox, raven, cat, horse, weasel and rabbit don’t seem like much, to challenge and change human society. Animus squad don’t live in society, though, they live alongside it… up trees, down tunnels and across the moors. 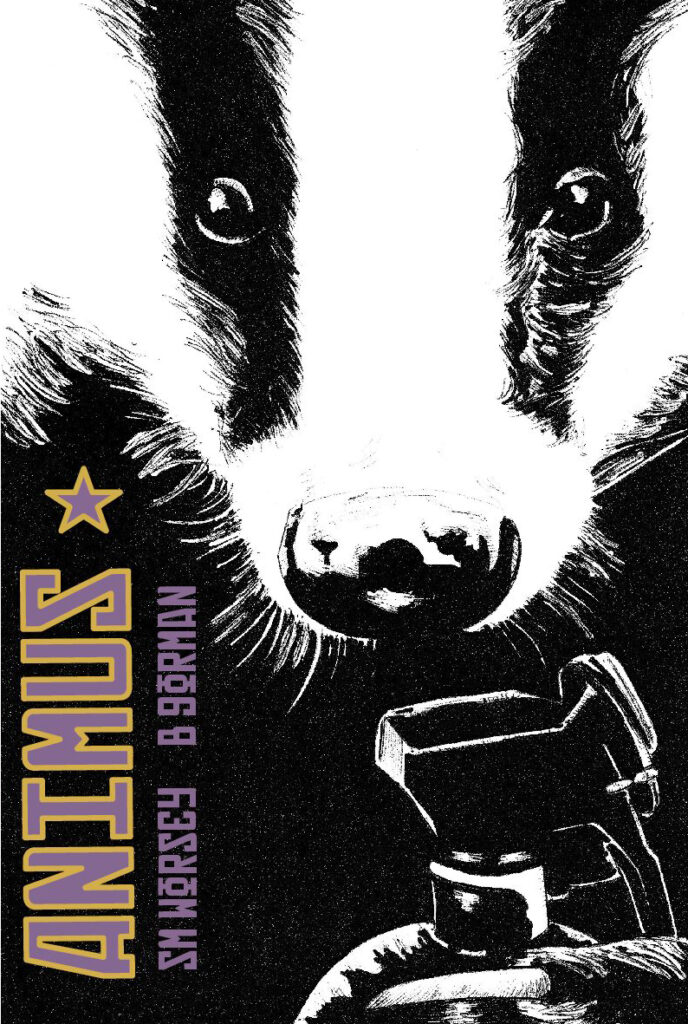